Dirt and Dreams was an enchanting and expansive site specific performance commissioned by the City of Salford and the Heritage Lottery Fund in September 2008 in Clifton Country Park, Salford. 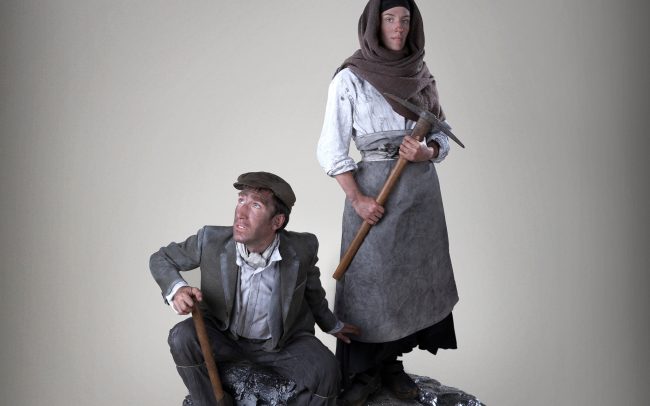 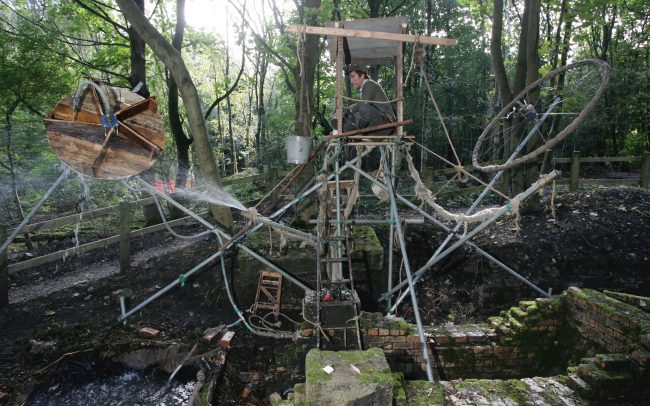 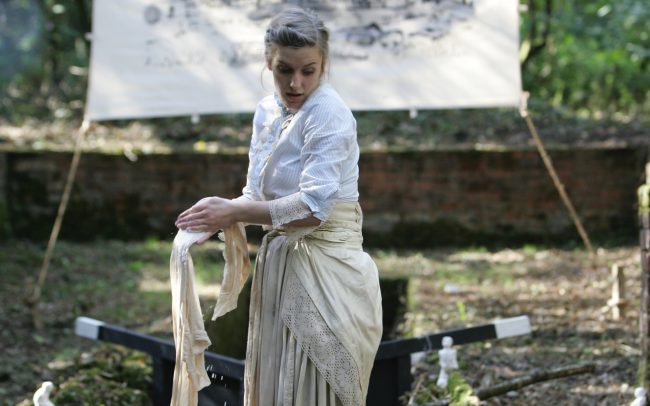 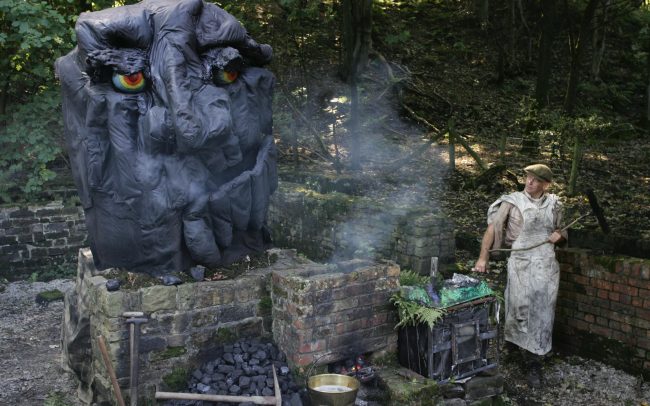 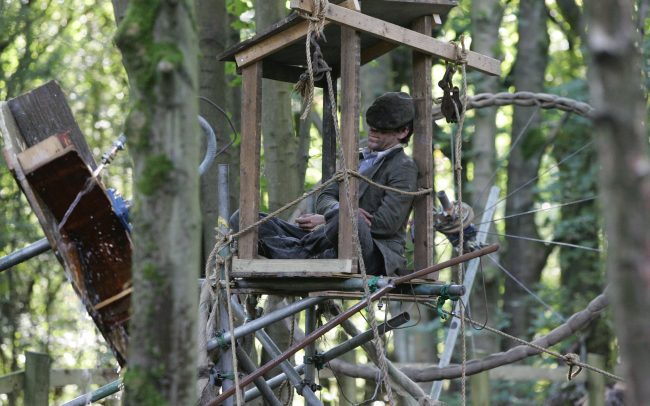 For 80 years Wet Earth Colliery had lain dormant and for two days only the work, lives and legends of 180 years of Dirt and Dreams come tumbling back up its shafts and tunnels.

We animated three ruins with performance and sculptures and a further two with sound. The show was devised and created by the company from an original idea by Pete Gunson. Sound by Daniel Weaver. Performance writing and making by Eleanor Hooper, Sonya Moorhead, Pete Gunson, extra technical assistance and performance by Chris Squire and Dan Powers.

This was the first time we have used water so extensively, flooding two sites and creating a mechanical sculpture on one with a working water wheel and two unruly jets. The pieces looked at humanity, coal and the machine respectively.

All images courteousy of Porl Medlock (except image one Emily Dennison).