Pif-Paf created the show element of the evening alongside a Lantern Parade led by Fi Smith and fireworks from Walk The Plank. Created especially for OCA the show follows a modern day Galileo and Merope (the seventh  Pliad ) as they meet in the Distance Ladder, Galileo’s invention for communicating with the stars. 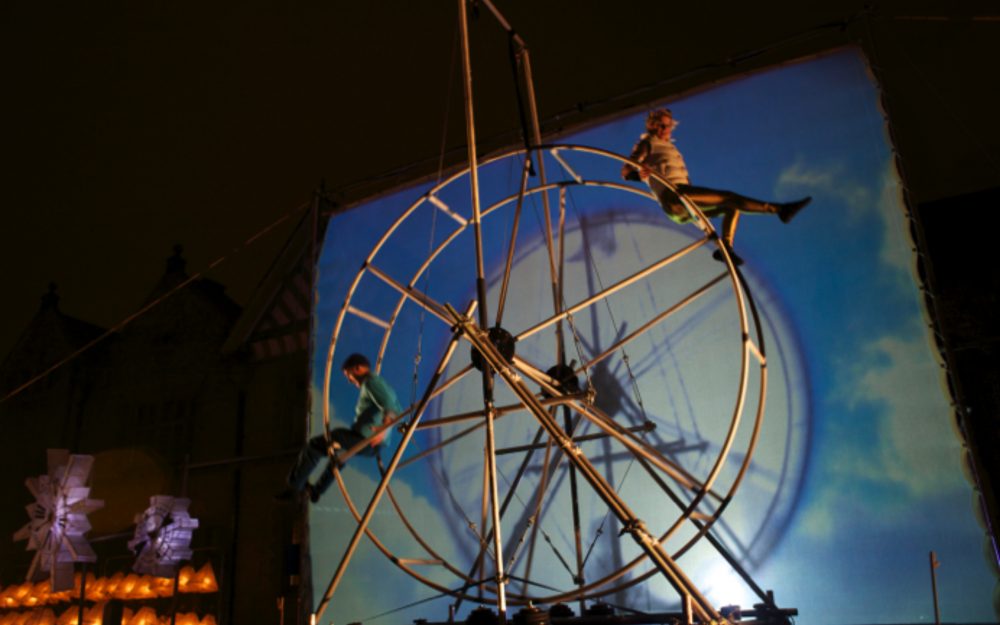 The show was on November 8th 2012 at Ordsall Hall, there was a plan for second show in Salford Quays on the 2oth, this has been re-programmed for March as part of the Light Waves Festival, more info as we get it.

The Clock Strikes 20 was commissioned by Ordsall Community Arts and the Distance Ladder was co-commisioined by  Walk The Plank The show was built in The Blue Shed in Sheffield, photos by Porl Medlock video by Ed Cartledge at Sort of films.